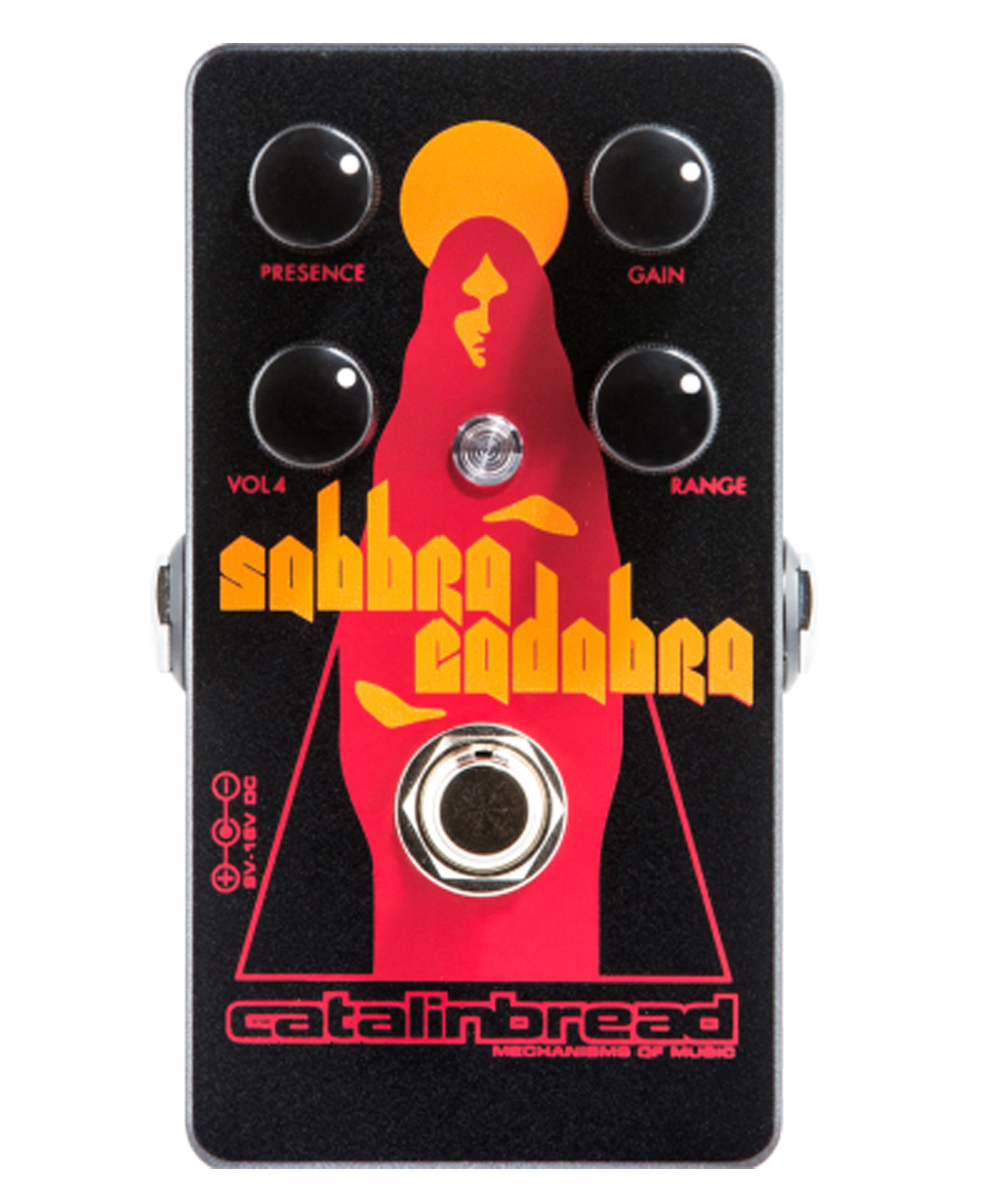 “Transform any guitar rig into a rig of doom with the Sabbra Cadabra.”

Tony Iommi arguably had the most influential tone in the history of electric guitar. Really, when you think Black Sabbath you immediately think “Electric Guitar”. His early signature sound was the result of an always on treble-booster plugged into cranked Laney Supergroup amps. This approach to guitar is extremely rewarding and fun, but lost in this day and age because honestly who can really get away with the stage volume anymore? Far and few between! We designed the Sabbra Cadabra to give players that sonic experience, re-contextualized for today’s approach where players tend to use amps solely within their clean range at more mortal volume levels.

The Sabbra Cadabra is a custom-tuned Rangemaster-based booster combined with the pre-amp section of a Laney Supergroup. The two circuits are carefully voiced together to achieve the riffs of doom tone that Tony Iommi is so well known for. Four controls (RANGE, GAIN, PRESENCE, and VOL 4) allow you to fine-tune the response to your guitar and rig. If you’re familiar with Sabbath’s live album, ‘Past Lives’, then you’ll understand where we were going with this pedal - huge, raw, responsive!

The Sabbra Cadabra’s circuit is optimized for drop-tuning but works equally well for standard tuning thanks to the RANGE control, which allows you to “customize” the treble-booster section of the circuit and adjust it anywhere from treble-boost to full-range boost.

According to Mr. Iommi, someone modded his Dallas Rangemaster. “I don't know what he did to it, but it was really good. I used that treble booster on all the early Sabbath albums and put it into the Laney because it boosted the input and gave it the overdrive I was looking for, which amps in the early days didn't have.” Then in 1979 another tech threw it into the garbage, thinking it was crap. Can you believe that?! So no one really knows what was done to it. But based on our experience, it was most likely changing it to be more of a full-range boost and possibly re-biasing it. That’s what we mean when we say you can “customize” the treble-boost section with the RANGE knob - you can continuously adjust it to any input frequency response and feel that you want. 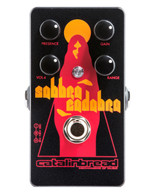