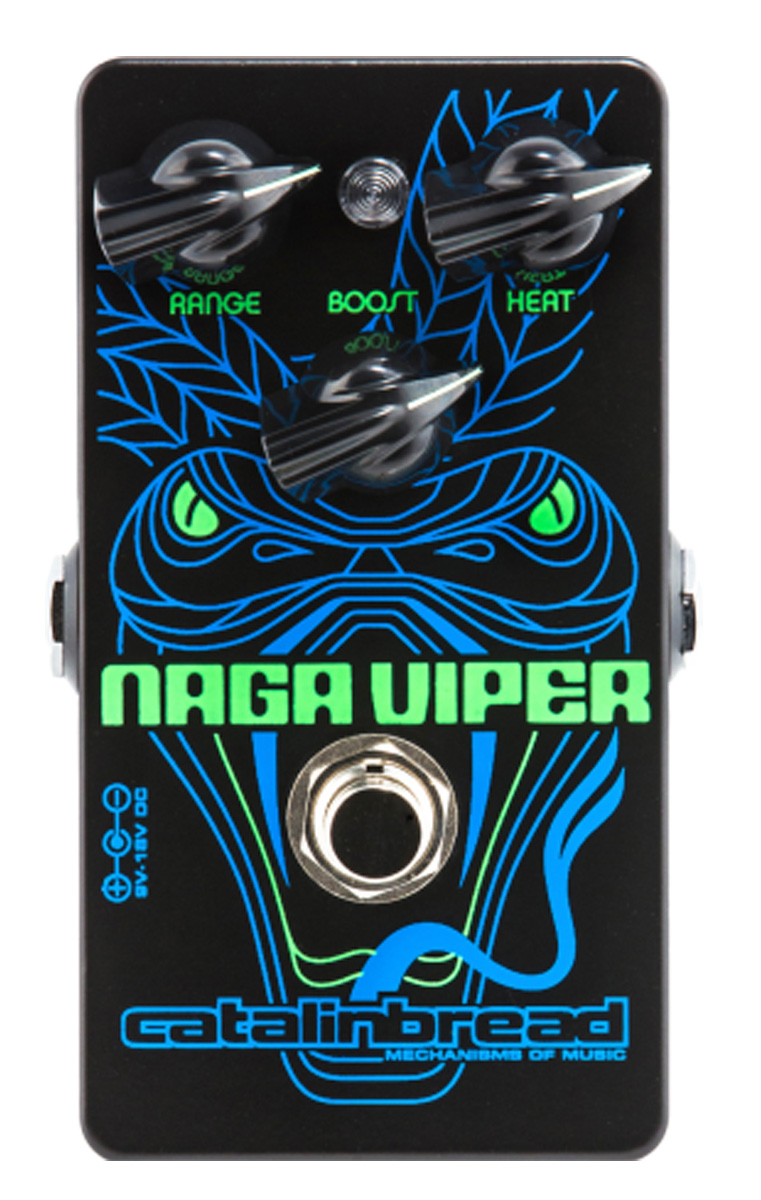 Modern treble booster. It’s like hot sauce for your pedalboard

The Naga Viper is a booster that lives in the grand old tradition of the Dallas Rangemaster "Treble-Booster". The original Rangemaster has been used by many influential British guitarists including Tony Iommi, Brian May, Marc Bolan, and KK Downing and Glen Tipton of Judas Priest. These guitarists, while completely unique in their styles, share the Rangemaster as the secret of boosting their cranked British tube amps into a juicy, harmonic-laden rock tone that always cuts through the mix and is ultimately proto-metal. The Naga Viper is hommage to this famous circuit. Beyond it’s basic tuning, the Naga enhances the classic circuit with the addition of two extra controls - Range and Heat. The original Rangemaster had just one control - Boost which everybody dimed anyway but essentially controlled the output volume. Our RANGE knob is a continuous control which allows you to go from classic treble-boost to a full-range boost and anywhere in-between - as the original could only function as a set frequency "treble-booster". The HEAT knob gives you control over the gain level saturation, unlike the original which was fixed at maximum gain. We took this topology from an attempted Field Goal back to other endzone for the game-winning kick-six TD.

Set up your amp so that it is already overdriven a bit on its own. With non-master volume amps, this is usually with the volume turned up to at least noon. With master volume amps, set the pre-amp gain to have a moderate crunch overdrive sound. Set up the Naga Viper in classic treble-boost mode:

Go ahead and play.  You should be greeted with some awesome overdriven tone that makes you want to riff out! Now go ahead and experiment with the controls to get a feel for what they do.  We'll cover them in more detail in the next section.

While the best thing to do is experiment your own signal chain, you'll find that it usually works the best after wah pedals and before fuzz and overdrives. ESPECIALLY before your overdrives!  Also, don't place any buffered pedals before the Naga Viper as they will negatively impact the sound.  Ideally, the Naga Viper should "see" your guitar pickups directly for the best response.
Download owners manual here 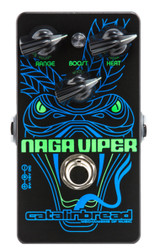