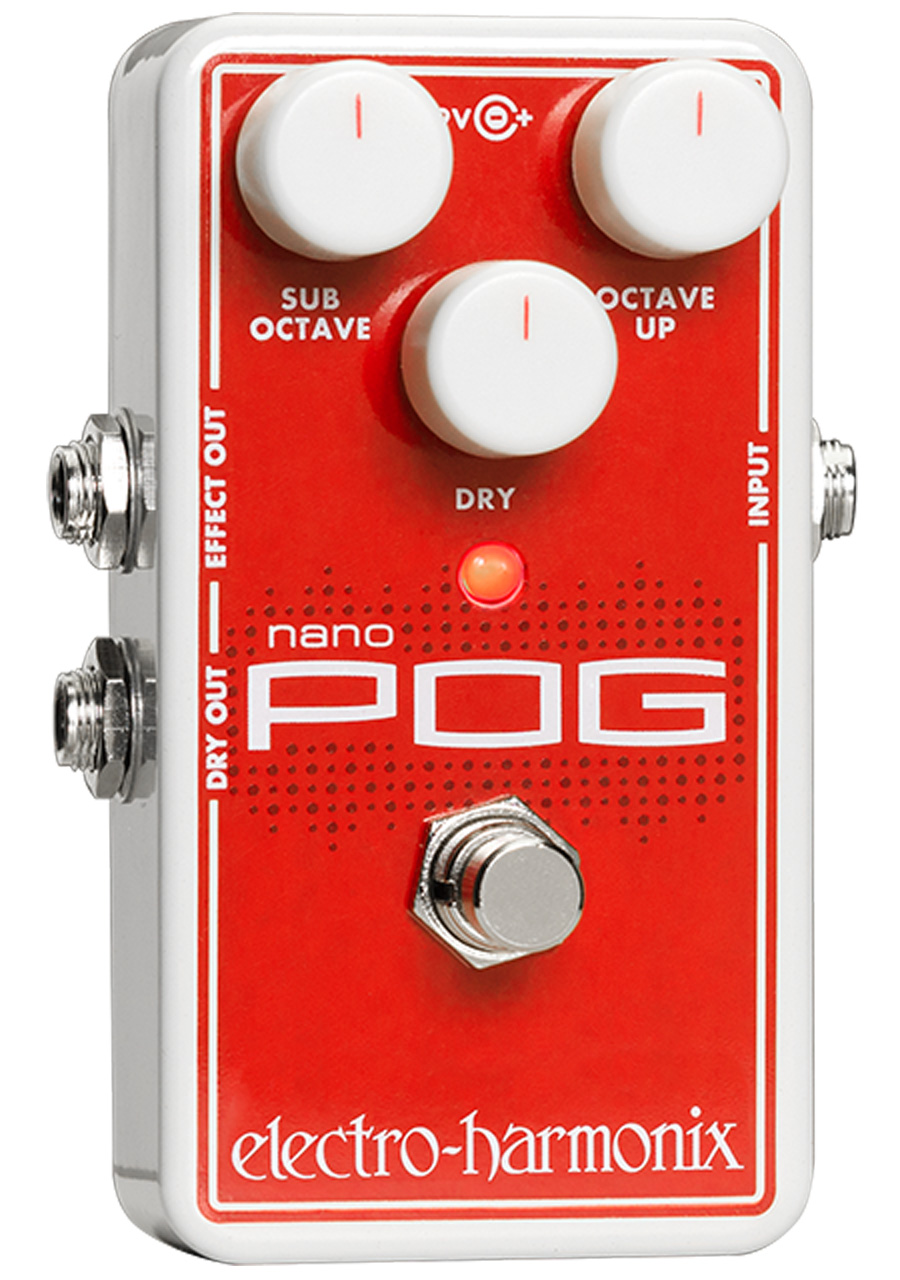 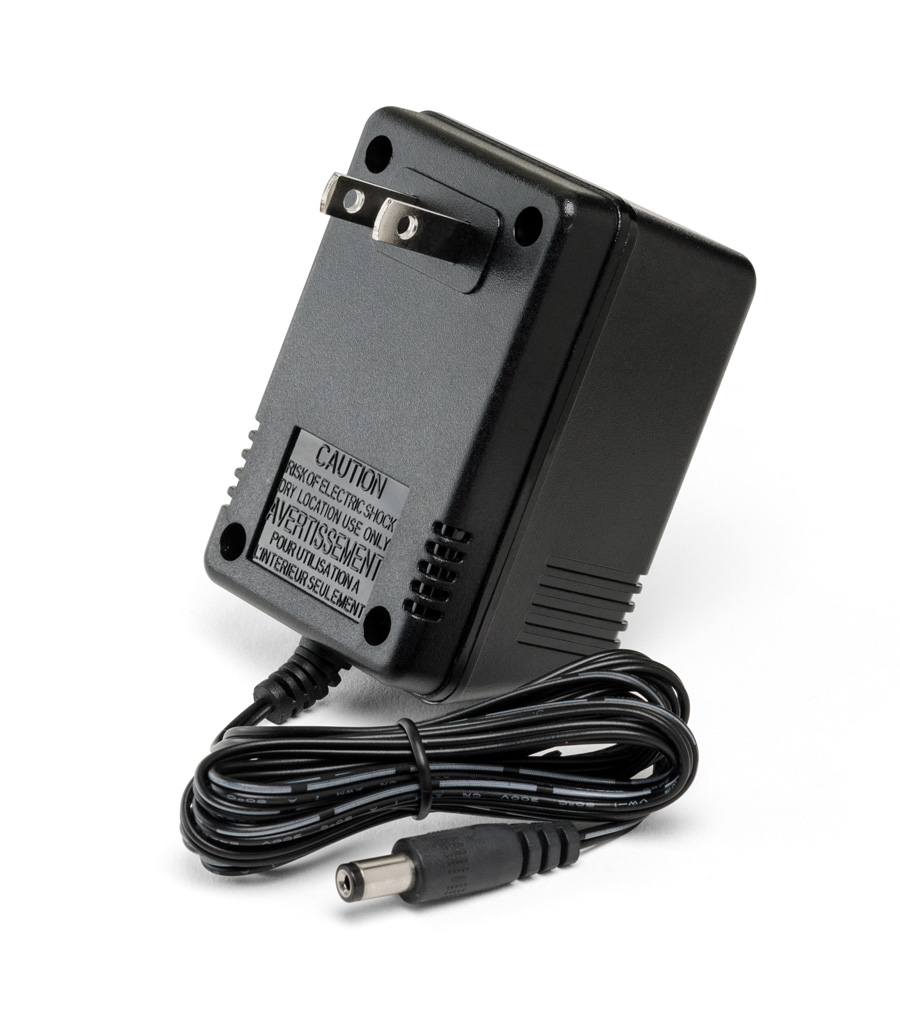 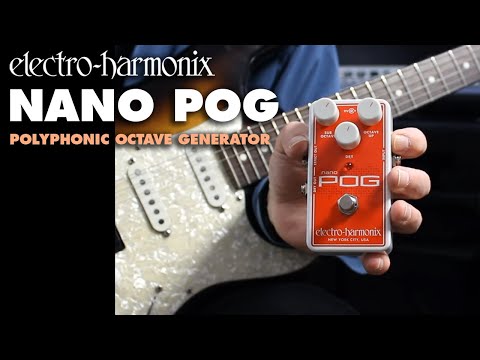 The smallest member of the polyphonic POG clan provides impeccable tracking and sound. Separate level controls for dry, sub octave and octave up plus an extra Dry out and silent footswitching provide the perfect formula for this compact jewel.

FOOTSWITCH and LED – The footswitch selects whether the NANO POG is engaged or in buffered bypass mode. When the effect is engaged, the LED is lit.

INPUT Jack – This ¼” jack is the audio input for the NANO POG. The input impedance is 2M Ohm.

EFFECT OUT Jack – This ¼” jack outputs the NANO POG effect. The output impedance at this jack is 700 Ohm.

DRY OUT Jack – This ¼” jack outputs a buffered version of the input signal. The output impedance at this jack is 500 Ohm. Note: The DRY Knob does not control the volume at the DRY OUT Jack. DRY OUT is always identical to the input signal, with no change in volume. 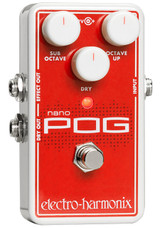