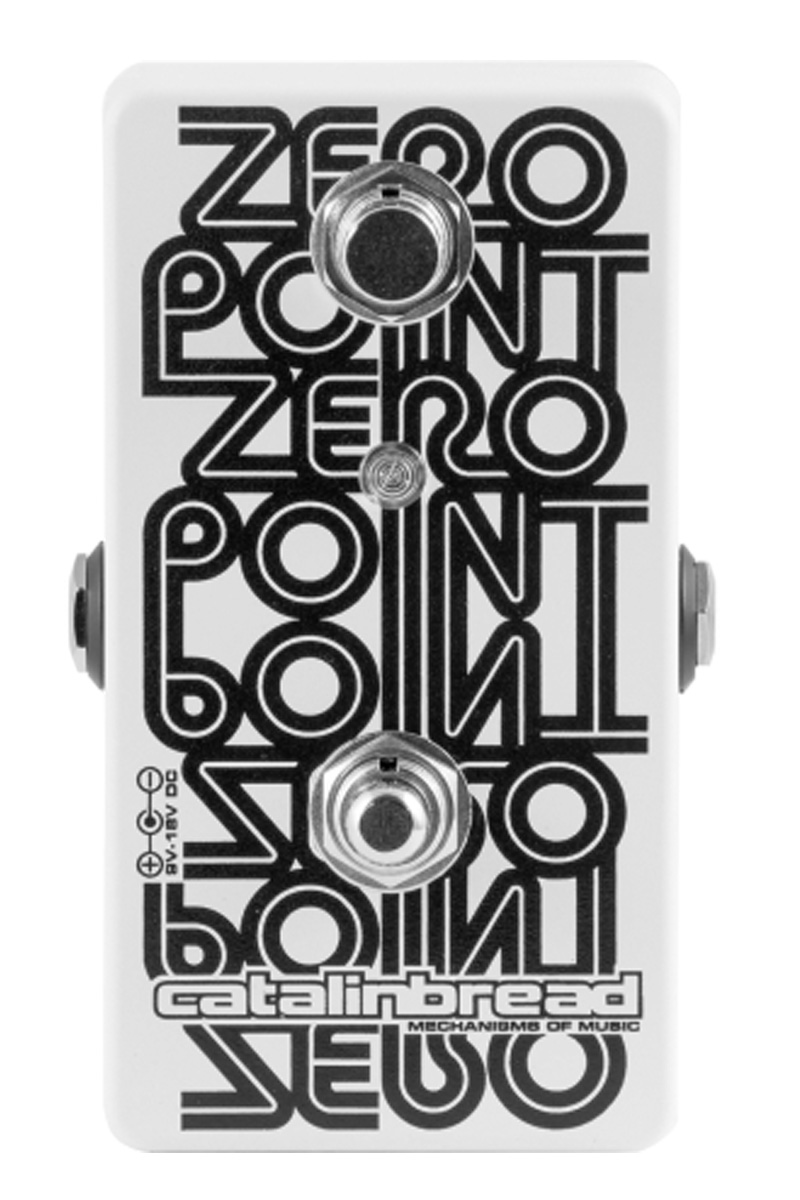 Authentic studio through-zero flanging the way it was originally done

It’s uncertain what exactly the origin of flanging was. It could have been the result of trying to push the boundaries of multitrack recording, probably due to running a couple tape machines in parallel but not quite in sync… Maybe a guy messing around in the studio brushed up against a take-up reel flange accidentally?  Maybe that guy was Les Paul, maybe it was John Lennon and George Martin? It is unclear. But, what is clear is that the mechanical studio method of achieving the effect became, within a decade, commonplace enough for companies to simulate the effect electronically. The electronic approaches were pretty cool and groundbreaking, but by the 80s became tired and worn out. At Catalinbread we attribute this to the fact that these units controlled the flange effect using an LFO that went up and down at a predictable rate taking the life and freshness out of the effect. When we decided to design a flanger, we knew we would approach it the way they originally did it.

The Zero Point Flanger is the most direct analogy to studio tape flanging that anybody has come up with. It is a REAL TIME effect not a typical modulation effect. That is to say, unlike all other pedal flangers, there is no LFO that presents a predictable up and down swooshing sound, the trite flanger effect that died in the 80s. Thus there is no need for extraneous knobs or switches. It is a straight-foward pedal that has only one powerful control that behaves like pressing and holding your thumb on tape flange.

When the Zero Point is engaged two delay lines are turned on, subtly modulating against the other simulating the comb filtering effect akin to the playback of two tape machines. Pressing and holding the “Flange Push-Button” causes one of the delay lines to slowly shift time toward the other delay line, up to the point that your signal begins to cancel out, THE ZERO POINT! Release the Flange Push-Button and the delay line begins to automatically fall again. The result is the whispy subtractive ‘thru-zero’ sound that creates a sense of space and mystery. An effect that up until now we’ve only heard on records. It behaves just like manually advancing the take up reel and pressing your thumb on the supply reel to slow the program down.

The Zero Point Flanger automatically powers up in the inverted phase mode, resulting in a more dramatic subtractive flange effect. If you press and hold the Flange Push-Button while powering up the Zero Point you enter the positive phase mode which because it sums the two delay lines, never cancels out. This mode is a bit less dramatic than the subtractive mode but still a very tape like analogy. There are merits to both modes, ultimately it is best left up to personal preference.

Start out by first plugging your Zero Point in toward the end of your pedal chain, after your favorite dirt box. When you turn it on for the first time you will be struck by how it adds a nice tape compression and gritty tape-like harmonics to your sound as well as adding very subtle modulation simulating the tape machine tension arm’s effect on the inertia of the moving tape… Within a short time of interacting with the Flange Push-Button and playing you will find your mind free of thought, while music effortlessly flows from your fingers. This pedal is a complete paradigm shift that makes you play differently. It is certainly NOT a pedal for everybody. It is for the player who tires easily from the predictable and knows that you cannot think your way to creativity.

If after playing through the Zero Point for awhile, you find yourself wanting to dig a bit deeper into it, by all means, download and read the manual! 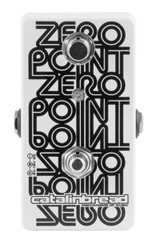