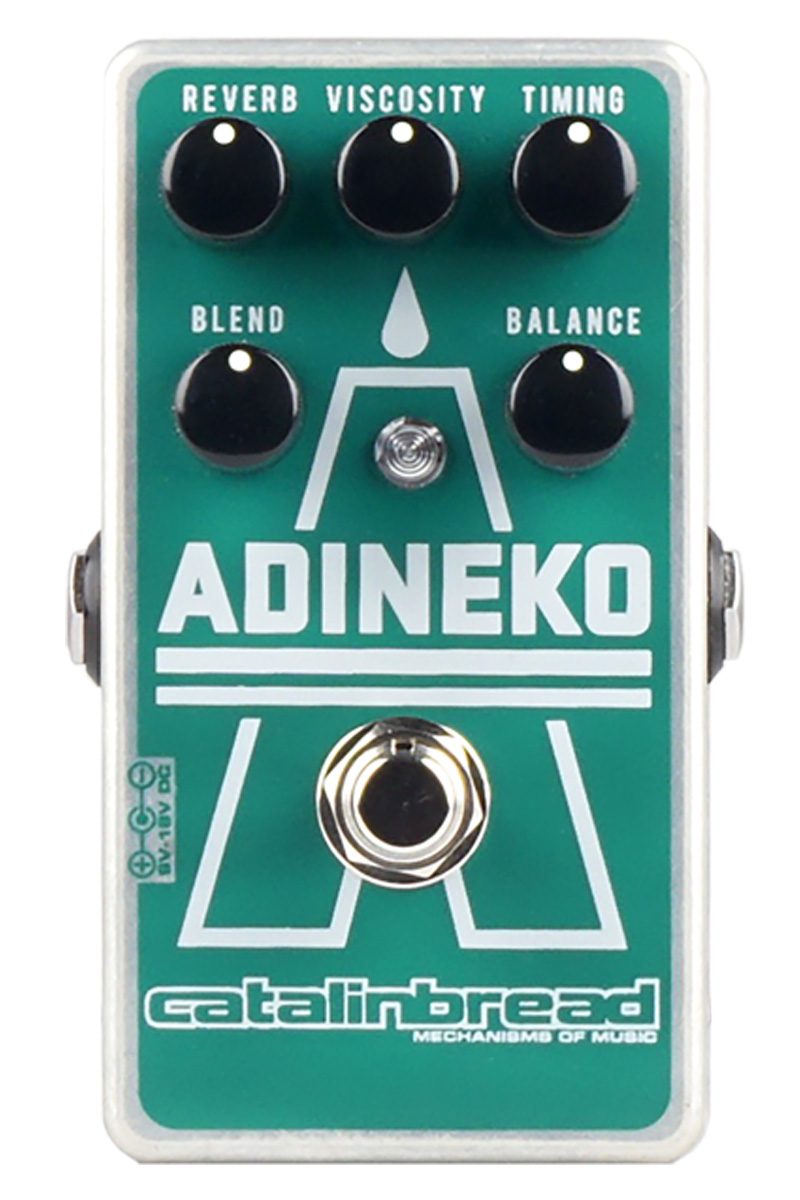 The Catalinbread Adineko Oil Can Delay pedal. FREE shipping in the USA!

We started working on an oil can delay pedal (only later to be named ADINEKO) in the summer of 2012, about the same time we began working on the ECHOREC. We identified a number of very cool behaviors of the old units, though the differences could be dramatic from unit to unit and day to day (even hour to hour!).  The positive behaviors were a cool, bright, but dark sounding echo with a vibrato modulation that lined up with the echo time and a repeat quality, that had a fog which can hover in a neat way.

You’ll notice that each of the ADINEKO cases have been aged. It seemed fitting for this pedal, which is inspired by the old oil can effects, to physically look weathered and a bit stained.

As we always strive to do when making something old, new again, we want to honor the old experience and expand upon it. Our ADINEKO is no exception: the murky warble of the old units, traditionally only achievable when the oil’s thickness is incorrect, can be conjured a twist of the VISCOSITY knob. The warm echo quality has an expanded  range of delay time (TIMING knob), more so than any oil can unit could ever hope to achieve. The dual playback head is continuously balanceable (BALANCE knob) to favor one head over the other for interesting syncopation feels.

To get acquainted with your new ADINEKO, let’s plug it in by itself, without your other pedals. Start off with a clean sound from your amp.

Now you’re hearing all of the hallmarks of an original oil can unit. A relatively short echo time on two taps, a vibrato in concert with the delay time, and a reverb that sounds like low lying fog coalescing upon the verge of a self-oscillating resonant point. To get more of the vibrato sound of a Tel-Ray Deluxe Organ Tone, use the above settings but turn the REVERB down and the BLEND up to taste! 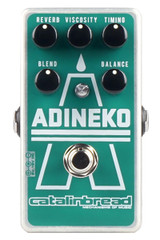